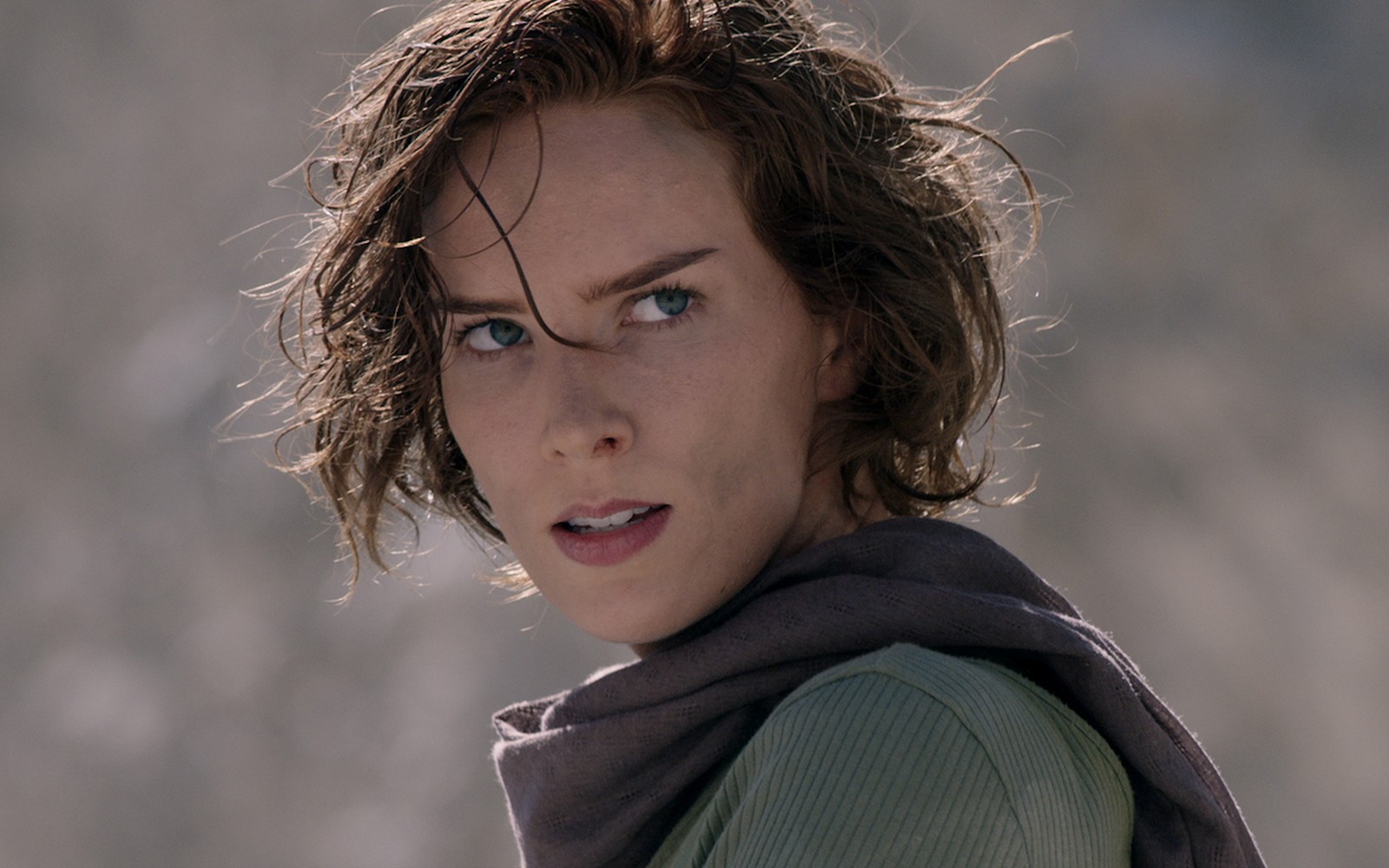 "Independent Film only works when you get more than what you pay for, and the value-add that Onsight brings with their unparalleled can-do attitude has made THE LAIR the film we always hoped it could be.”  - Daniel-Konrad Cooper, Producer.

The news is out, Fright Fest is opening with the premiere of Director Neil Marshall’s latest action horror The Lair on the 25th August! Marshall describes his latest adrenaline-pumping creation, starring Jonathan Howard (Thor: The Dark World), Charlotte Kirk (The Reckoning) and Jamie Bamber (Battlestar Galactica), as “The Dirty Half Dozen meets The Thing”.

Produced by Daniel-Konrad Cooper for Rather Good Films, The Lair follows RAF fighter pilot Lieutenant Kate Sinclair, after her plane is shot down over a main rebel stronghold in Afghanistan. Whilst being pursued by insurgents, Sinclair finds refuge in an abandoned Soviet Research bunker where she unknowingly awakens the Ravagers - a DNA based biological weapon gone horribly wrong. US troops and British Special Forces rescue Sinclair, although as darkness falls the Ravagers invade their remote army base and a massive fight ensues.

OnSight had the pleasure of managing the conform, grade, online and delivery of The Lair, overseen by Senior Post Producer Jeff Halsey. The action-horror film was shot on Sony Venice, which was a treat for our team to work with and looks fantastic on the big screen! Colourist Andy Lee graded the film, set in Afghanistan, to emulate the remote high altitude mountains of the Nangahar Province and a hidden Soviet bunker; creating a fantastic contrast between the bright, barren environment and the dark colourful bunker, where the Ravagers lay in wait.

The Lair was then handed to OnSight’s Senior Online Editor Adam Sample and Online Editors Alfie Mitchell and Dan Bourne. With over 600 VFX shots, The Lair was a great technical challenge for us and the team worked quickly to innovate new bespoke workflows for this project. Working with Director Neil Marshall throughout the post production process, from the offline to the grade and finishing meant the team had a solid understanding of the project and its needs right from the onset.

Producer Daniel-Konrad Cooper describes his experience working with our team of creatives: “Colourist Andy Lee brings energy to every project he undertakes and works with a speed that enables creativity and experimentation in the grading suite to ensure that visiting teams leave with their expectations exceeded. Post Producer Jeff Halsey has worked tirelessly with the online team (Alfie & Adam) to serve the project’s every need - they know our material better than anyone and have been thoughtful and thorough in facilitating our delivery which has evolved and expanded to include VFX deliveries from Sweden and Finland (Filmgate)”.

Hounded to Premiere at Fright Fest 2022

"Onsight have been an incredible partner to work with. Adapting to our needs, issues and requests with ease. They have a wonderfully talented team and I couldn't recommend them highly enough" - Ben Jacques, Producer.

Directed by Tommy Boulding, in his debut feature, Hounded follows a gang of young thieves undertaking a robbery of a stately home. Things take a sinister turn after the owners of the house catch the thieves and hunt them across the estate for the proprietors’ entertainment. It’s not often that you become sympathetic for people robbing a home, but this thriller encapsulates this situation perfectly, as the thieves must fight for their lives whilst the evil lady of the manor (Samantha Bond) sets her hounds loose to hunt them down for the most twisted of sports.

Director Boulding previously worked as an editor on features including Corinna Faith’s The Power and in 2018 he worked with OnSight whilst editing Possum. We are thrilled to have provided post production services for Boulding’s directorial feature debut Hounded, overseen by Senior Post Producer Jeff Halsey.

Hounded was offlined in Avid by Director and Editor Boulding and handed to OnSight’s Senior Online Editor Adam Sample, who oversaw the finishing process. The conform and grade was performed in Mistika, where our talented in house Senior Colourist Andy Lee made this film come alive with colour. The remaining online was carried out in DaVinci Resolve, by Sample who enjoyed working with Boulding’s beautifully laid out timelines and media with perfect file names and time codes.

There were around 150 VFX shots in total, most are hardly noticeable as they were so seamlessly integrated; however, a fantastic explosion scene added an extra layer of excitement and tension to the film! This project was great fun for our team, with Adam Sample recalling “it’s a great piece of work, which I loved working on and thoroughly enjoyed watching many times!”.

Hounded screens at Fright Fest in its world premiere on August 26th. Book your tickets here.

Jaws versus the Blob for Shark Week on Discovery

Shark Week kicked off on July 24th on Discovery Channel and will feature Jaws versus The Blob, a documentary directed by Pete Chinn and Produced by Talesmith for Discovery Channel with Martin Williams and Carter Figueroa as Executive Producers and Elisabeth Pinto as Production Manager.

Jaws versus the Blob focuses on a new ocean phenomenon, a marine heatwave known as ‘The Blob’, which sends juvenile great white sharks straight into a feeding frenzy for monster 20ft adult great whites off the coast of Guadalupe Island, near California in the Pacific Ocean. A team of shark experts dive deep to discover if the young sharks survive or become a snack!

Jaws versus the Blob marks our third annual project in partnership with Talesmith for Shark Week, following last year's Return to the Lair of the Great White. With Mariana Kneppers as Assistant Producer and Candice Allgood as Coordinating Producer, the documentary makes diving with sharks look like enormous fun!

Alfie Mitchell conformed the footage, handing it over to Colourist Isabelle Payne. Online Editors Adam Sample and Andrew Fisun finished the project, which included some VFX shots as well as archive footage.

Jaws versus the Blob will air on Discovery and Discovery+ on Friday 29th July as part of the Discovery’s spectacular Shark Week. 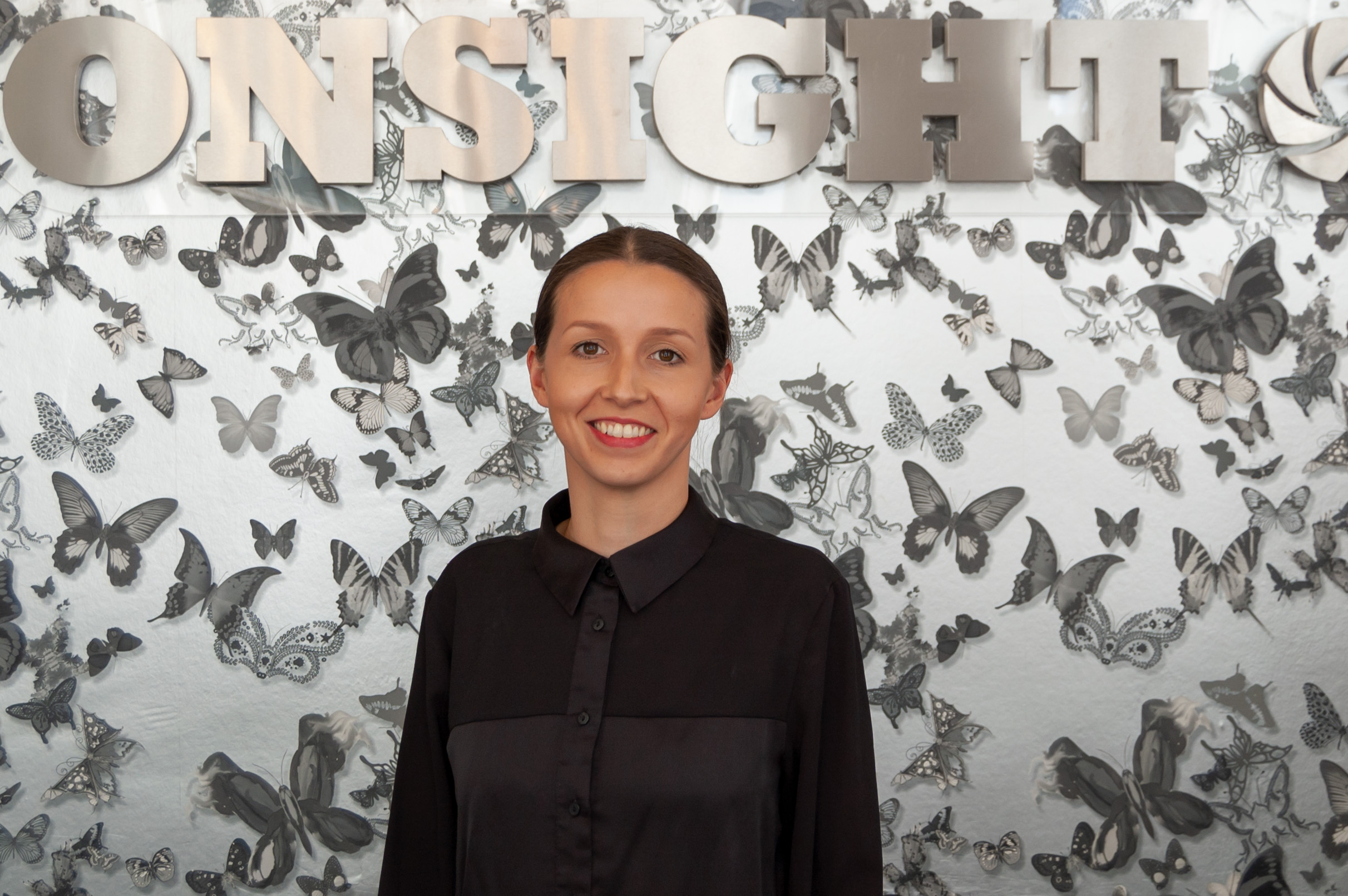 OnSight has added colourist Emily Russul Saib to its team. Previously a colourist at Company 3, Russul Saib re-joins OnSight a decade after leaving the company.

Having started out in post at OnSight 10 years ago, Russul Saib went on to Prime Focus and Molinare prior to Company 3.

Emily Russul Saib says, “It’s an absolute honour to re-join OnSight, I have huge respect for the quality of the post work that OnSight does, especially the ground breaking technology driven projects. I’m looking forward to working on all different types of content with a company who have such a huge focus on quality.”

Emily is known for her keen eye and deep understanding of the technologies of grading and workflows and is a perfect fit for OnSight. Her recent work includes BBC series including The Mallorca Files and There She Goes, among other long- and short-form projects. At previous companies she helped design workflows and train other employees in Dolby Vision before becoming a colourist in her own right.

“Emily is an amazing talent and we couldn’t be happier she has re-joined the OnSight team,” says Simon Craddock, OnSight’s CEO 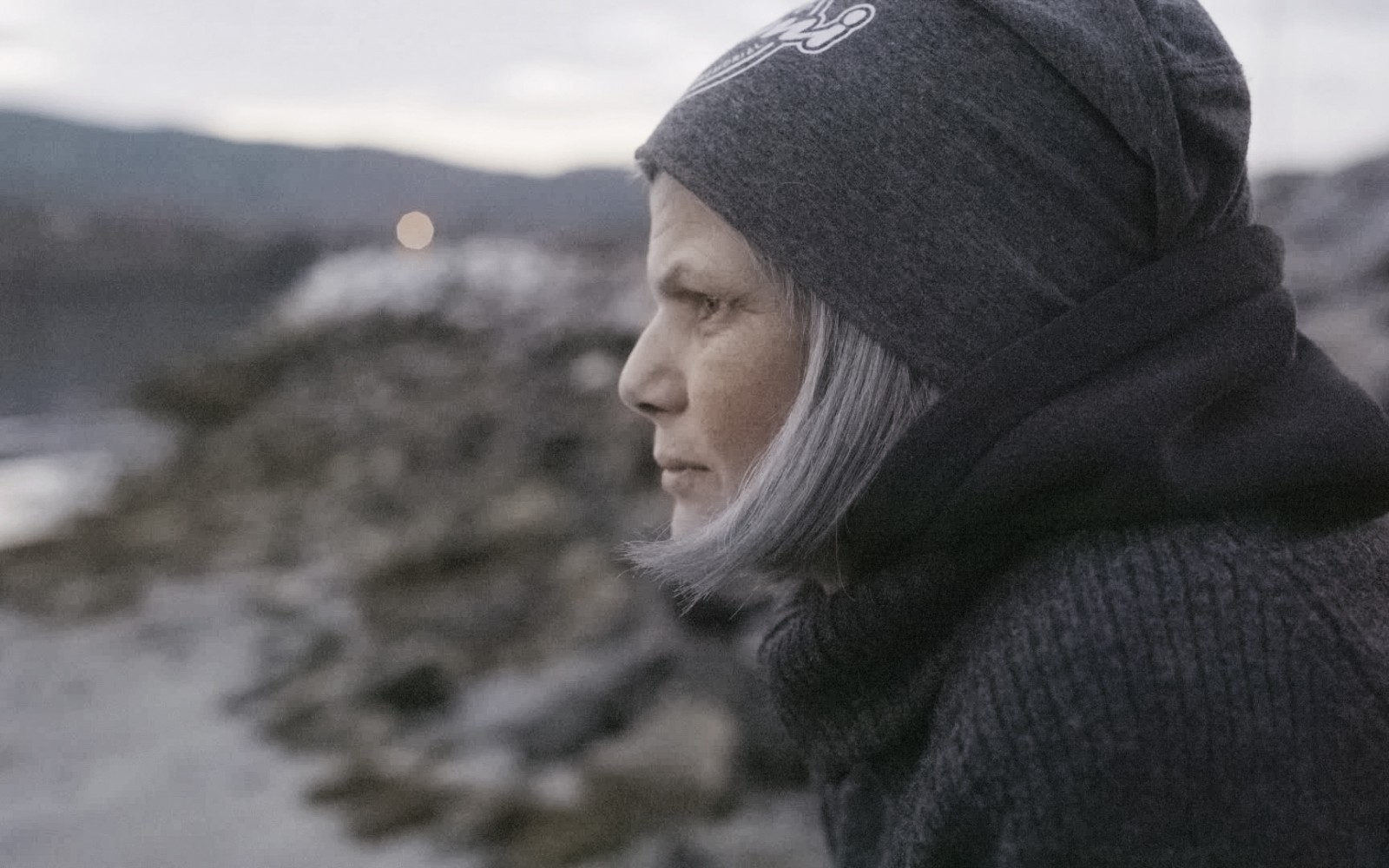 Beneath the Surface at Sheffield Doc Fest 2022

"Beneath the Surface, directed by Alex Irvine-Cox premièred to acclaim at the Sheffield International Documentary Film Festival.  It was a harrowing and strongly emotional film touching on distressing themes such as sexual abuse, racism and prejudice in Norway, a country normally admired for its liberal and inclusive social behaviour. This was a film needing sensitivity, and the visual landscape became as much a part of the character of the film as were the human participants.  Working with Onsight to deliver those demanding needs was always a pleasure and the production team is hugely grateful for their skill and dedication that contributed to this important and moving feature documentary.” - André Singer, Executive Producer, Spring Films.

Beneath the Surface, is a powerful feature documentary highlighting silenced stories of abuse from indigenous Sámi women, men and children in Tysfjord, Norway. Directed by Alexander Irvine-Cox, in his feature length directorial debut, Beneath the Surface investigates generations of negligence and suffering through recovered evidence and unseen archival footage. The community undertakes a legal challenge against the Norwegian authorities to break the cycle of generations of racial subordination and systemic discrimination against Norway’s Indigenous peoples.

Beneath the Surface is a co-production between England and Norway by Spring Films and Medieoperatørene with Ingvil Giske as Producer and Cinematography by Tore Vollan. BBC Storyville presents the documentary in collaboration with Norwegian pubcaster NRK. Executive Producers are Fiona Stourton, André Singer, Mandy Chang and Lucie Kon.

This June, Beneath the Surface has featured at both Krakow Film Festival and Sheffield Doc Fest and was nominated for the Tim Heatherington Award in Sheffield!

OnSight provided full Picture and Sound Post production services for Beneath the Surface, overseen by Post Producer Joana Coelho. The story behind Beneath the Surface is an incredibly important, but delicate, story to tell. As such, OnSight handled the footage with the utmost care, discretion and sensitivity.

OnSight’s Adam Sample carried out the Online edit and Alfie Mitchell was Conform Editor. We created two versions of the feature, for both international cinema and BBC broadcast.