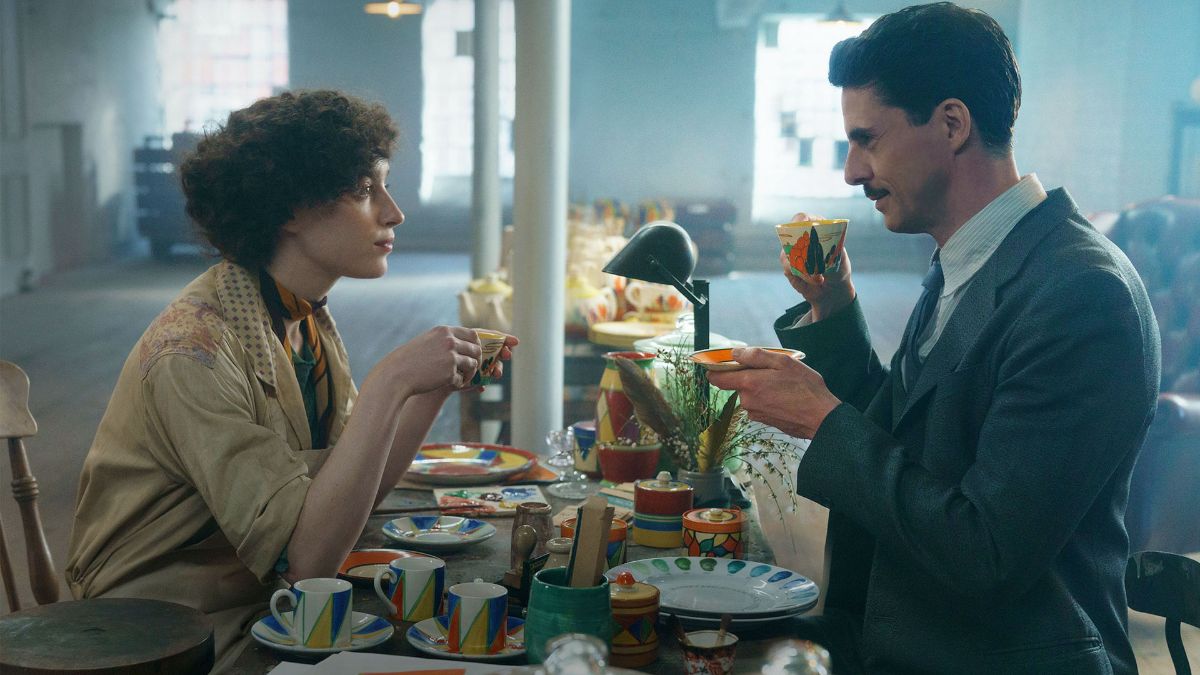 Catch Phoebe Dynevor, star of hit Netflix series Bridgerton, in her feature film debut - Sky Original’s The Colour Room. She stars opposite Matthew Goode, with director Claire McCarthy and DOP Denson Baker. The film has been released in the UK on Sky Cinema and across selected cinemas from Friday, Nov. 12.

The Colour Room is co-produced by Sky, the UK’s Caspian Films, and Creative England. It is written by Claire Peate, who won the Bafta Rocliffe film award for her script in 2016.

Dynevor plays the real-life figure of Clarice Cliff, a factory worker in the industrial British midlands of the 1920s who revolutionized the 20th century workplace, designed the unprecedented Art Deco ‘Bizarre’ range and became one of the eminent ceramic artists of her time.

“The introduction of colour is a running theme throughout the Colour Room as was Clarice Cliff's ambition with her pottery,” said Andy Lee, Senior Colourist. “Denson’s creative approach to lighting enabled the grade to highlight warm and cool elements throughout the film and not shy away from creating a colourful palette which lifts the film out of a 1920's period look and into the word of colour that Clarice was creating through her art.”

“This film provides a fresh take on Clarice’s professional and personal life,” said Sarah Wright, director of Sky Cinema and acquisitions at Sky UK and Ireland. “It is apt, and I’m hugely proud, that this film is written, directed and produced by an all-female team.”