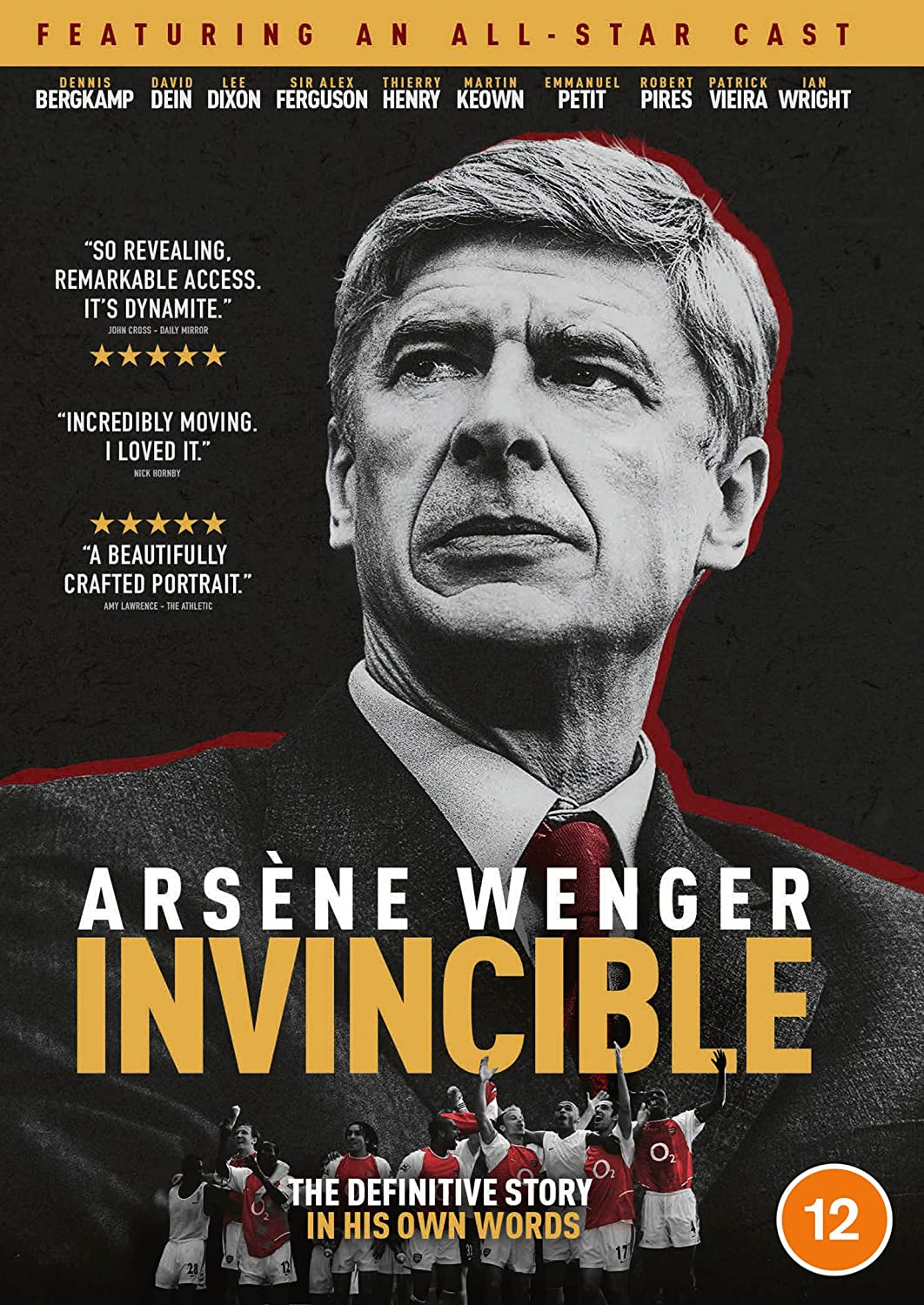 ‘Arsène Wenger: Invincible’, the definitive portrait of one of the greatest managers of all time.

Available on Blu-ray, DVD and digital download from November 22 and now on the big screen.

Courtesy of Noah Media Group, the creators of some of the most acclaimed feature-length sports documentaries of recent years (Finding Jack Charlton, Bobby Robson: More than a Manager, The Edge, Steve McQueen: The Man & Le Mans), comes the very first documentary about Wenger, as told in his own words.

A genius, visionary and obsessive, what Wenger achieved with Arsènal changed the landscape of the English game and shaped football worldwide.

Featuring remarkable access and previously unseen archive footage, directors Gabriel Clarke (Bobby Robson: More Than A Manager, Finding Jack Charlton) and Christian Jeanpierre draw back the veil on a truly enigmatic figure who discusses, for the first time, the football ‘addiction’ that was both his driving force and his 'fatal flaw’.

Shot on location in England, France and Arsène’s home village of Duttlenheim, Arsène Wenger: Invicible is a compelling, intimate insight into a football figure like no other.

Framed against the backdrop of Arsènal’s historic Invincible season of 2003/04, the film sees Wenger reflect candidly on his revolutionary era at the club and the emotional and personal turmoil that surrounded his exit after 22 years. Gravitas and heavyweight authority is added by an A-list supporting cast, led by Wenger’s greatest rival from the time, Sir Alex Ferguson, and star players whose careers were impacted by the French coach, including Thierry Henry, Patrick Vieira, Dennis Bergkamp, Ian Wright, Emmanuel Petit and Robert Pires.

Arsène Wenger’s achievements are stunning. His legacy is unique. Never before has he told his story in his own words... until now.