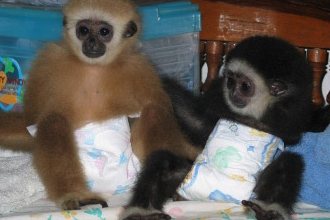 Sony to launch the PDW-700 camera

High definition solutions provider On Sight is to become the first hire company in the UK to take delivery of the new Sony XDCAM HD PDW-700 camcorder.

Billed as one of the best cameras ever produced by Sony, the latest XDCAM camcorder is set to cause quite a stir when it arrives.

Scheduled for delivery in April, the PDW-700 is the latest in Sony’s XDCAM range, capable of 50Mb/s HD recording onto 50 GB dual layer professional discs with three 2/3-inch CCDs for RGB image capture, each with full 1920 x 1080 resolution. On Sight, which has a track record in being the first in the industry to adopt new HD broadcasting technology, made the order in response to customer demand for a high specification HD camera that offers tapeless workflows.

Says On Sight client services manager Andy Shelley: “We’ve had lots of calls from clients needing to upgrade to meet the demands of HD commissions from broadcasters. It’s very important for us to be at the forefront of new technology and the PDW-700 really opens the door to tapeless HD.”

XDCAM product manager Phil Myers enthuses: “From front end recording to back end workflow and connectivity the PDW-700 is one of the best professional camcorders that Sony has ever made.”

It’s caused more excitement in the production community than most other launches because it’s by far the most high-spec, versatile camera in Sony’s XDCAM line up so far, he adds.

While the XDCAM platform has initially found favour with ENG style news production, with broadcasters such as ABC, Al Jazeera, CBS, CNN and WDR benefitting from its disc-based tapeless workflows, the PDW-700’s strength is based on features designed to appeal to a wide range of productions.

Already ordered in numbers to cover a major sporting event this summer, its ability to record high quality XDCAM HD to a 50GB dual layer professional disc capable of 1 hour 30 minutes of storage will increase its appeal for TV drama, documentary and entertainment.

The disc-based system has a number of strengths, including its own versions of the offline/online workflows that most producers will be familiar with from tape-based production. The PDW-700 simultaneously records a master and a low-resolution proxy version, which can be used for remote viewing or rapid ingest into a non-linear edit system.

And because it’s a disc-based, tapeless workflow customers get quicker access to their content. Says Myers: “There’s none of that cumbersome and time consuming shuffling up and down a linear tape to find a particular sequence. Plus with a file based format you can go back and delete things you don’t want, an application that’s already proven useful in news”.

While costs have caused some producers to look hard at the economics of solid-state or card-based tapeless cameras, another big advantage of the disc-based system is that at around £12 each the media is low-cost and recyclable.

Plus it solves that other thorny issue with tapeless production – storage. As On Sight head of engineering Richard Mills points out, productions with high shooting ratios have forced producers to think hard about the viability of tapeless workflows, given that they need to find a workable storage solution – an issue that didn’t arise with tape-based production. “Some companies have been backing up their files onto large SANs and putting drives onto shelves, but these are not particularly good methods of long term storage,” warns Mills.

High capacity optical disc is the answer, insists Myers. “We think it’s a good archive format. You can put your master, proxy metadata, script, budget, Final Cut Pro or Avid project and continuity slides on a single disc, which has a shelf life of 50 years. You wouldn’t want to put a hard drive or a tape on a shelf for 50 years without an archive solution.”

The disc-based system is a key feature which appeals to natural history filmmaker Adrian Cale of Pupfish Productions, an XDCAM enthusiast who chose the Sony format for his latest Discovery production Gibbons Back in the Swing, largely because of its high capacity professional discs.

“The fact that you can get an hour and 6 minutes of 35Mb/s HD quality on the disc is very important to me in the field,” he explains. “I can’t be up a tree chasing things with limited minutes of footage, or carry large hard drives around to offload my footage onto.”

Another strength of the PDW-700 is flexibility. “It offers cross-conversion and up and down conversion. You can shoot 720 and get 1080 out the back or shoot 1080 and get 720 out back. Alternatively you can shoot SD and deliver HD out back or shoot HD and get SD. It’s very flexible,” says Myers.

In an increasingly complicated world where the number of delivery formats has multiplied, it allows producers to acquire in the highest quality HD for the best quality masters while giving clients who require content at 720p or SD what they want.

Another first for the camcorder is that it is Sony’s first camera with full integrated digital wireless audio, an innovation which Myers estimates puts Sony a year ahead of rivals.

“With switchover coming, it’s a timely development, which offers added benefits, such as two independent 24bit digital audio channels per receiver, plus encryption and metadata.”

Legacy issues are also covered by the PDW-700, with the camera supporting all formats that have emerged over the last 3-4 years. “DVCAM, SX, DigiBeta, HDCAM – all require their own VTRs and their own cameras. But XDCAM is agnostic – its just data storage. Whether you have DVCAM on an XDCAM disc or the latest and greatest that shoots 50Mb/s it’s the same media and drive to get into the non-linear edit system.”

One area where Sony has put a lot of emphasis is on being less hardware-driven and more software oriented. This means working more closely with the big non-linear edit systems such as Final Cut Pro and Avid to engineer smoother workflows.

“It’s been one of the big learning curves for Sony,” admits Myers. “Now we realise that we have to put software in the XDCAM box which offers functionality like a viewer with timecode and metadata. Now with more IT-based cameras it’s more of a case where software is enabling hardware.”

This point is reinforced by Mills, “Metadata is the key to realising the full potential of an IT based content acquisition system, enabling effective management of footage from the shoot, through the edit and on to delivery. Working in this way also helps in unlocking the potential of valuable archive material”