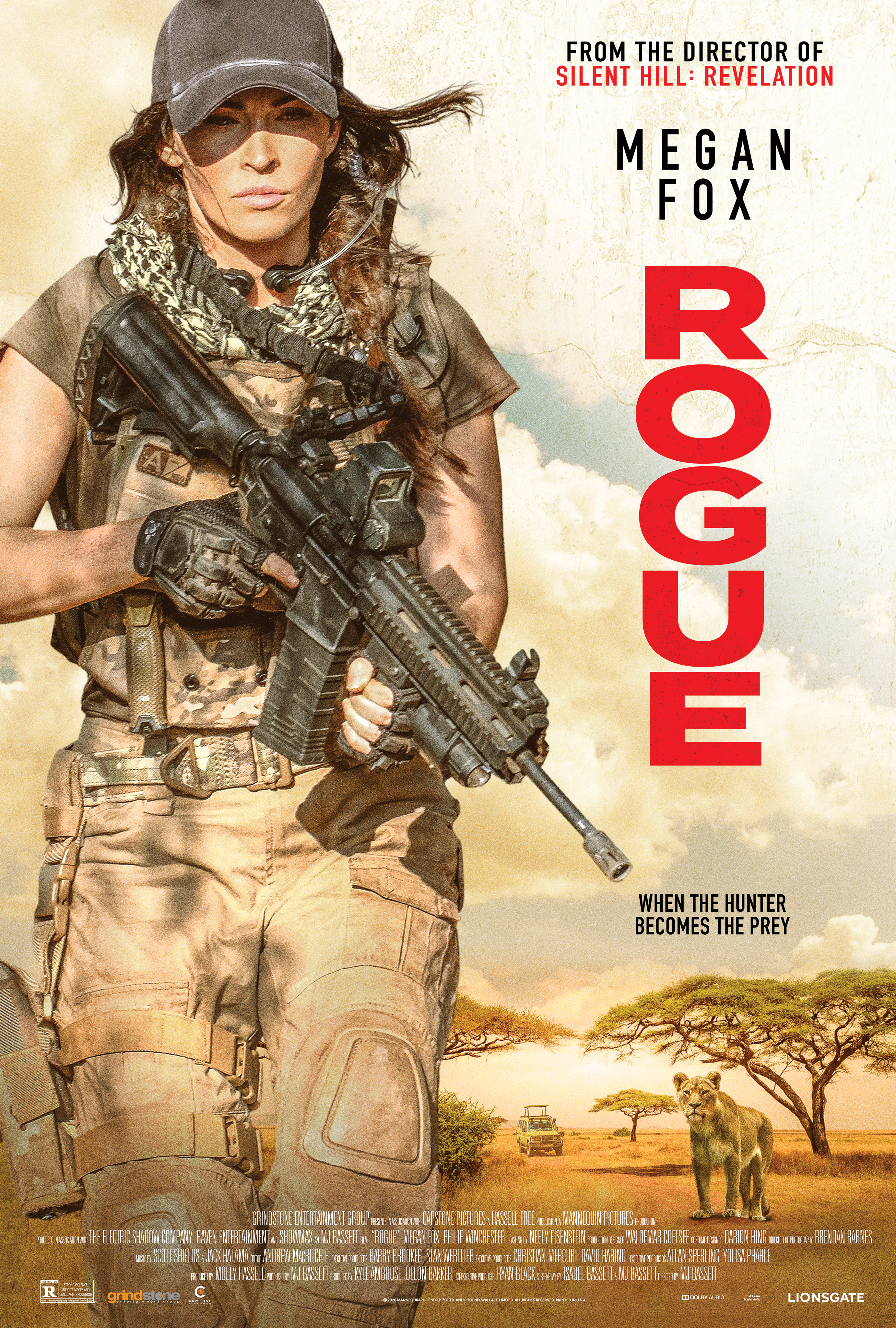 'I just want to say thanks to you and the terrific team at OnSight for everything you’ve done to help deliver this movie. It’s been a terrific experience and I hope we get to do it again sometime.' - MJ Basset, Writer and Director.

Onsight provided full post production for this remarkable action-packed film. The story has a high profile cast and beautiful shooting location in South Africa, written and directed by MJ Basset.

Rogue is an action-filled thrill ride from start to finish. Explosions, gun-fire, and hand to hand combat. You will be left at the edge of your seat asking for more.

Megan Fox plays Samantha O'Hara, a powerful woman who leads a team of mercenaries in Africa on a mission to rescue a group of kidnapped schoolgirls. When their plan goes drastically wrong, the mercenaries find themselves out of supplies and lost in the African bush, having to defend themselves against the kidnappers - and angry lions on a revenge killing mission!

M.J. Bassett directed and produced the film from a script co-written with Isabel Bassett and Cinematography by Brendan Barnes.

OnSight loved every minute of working alongside MJ Basset and provided full Picture Post Production on the feature, including conform, grade by Andy Lee, online by Adam Sample, audio by Andy Coles and delivered in 4K.

Lionsgate unleashed the action thriller on demand and digital platforms as well as Blu-ray and DVD.