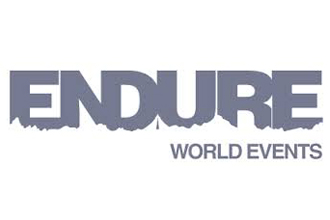 ONSIGHT is pleased to be collaborating with the adventure lifestyle company Endure for six great causes. Find out more in the announcement below.

We are delighted to announce the appointment of award-winning facilities company ONSIGHT as Endure’s Official Partner to the Endure 6 Challenge.

The pioneering provider offers production and post production services for film and television. Based in Shepperton Studios and central London, the company supplies everything from the latest in cameras and equipment rental to full post production, all supported by their creative and technical teams.

With 25 years’ experience, ONSIGHT remain at the forefront of digital technology. As experts in HD, 2K, 3D and 4K, the firm’s recent projects include the BAFTA Award-winning “David Attenborough’s Natural History Museum Alive” (Colossus Productions) and a special film for Paul Smith that is currently showing at the Design Museum, “A Day in the Life of a Fashion Show” (Sony/Coast Productions) in “Hello, My Name is Paul Smith”.

Endure Founder, Gareth Syms said “We are delighted to appoint ONSIGHT as an Official Partner for the Endure 6 Challenge. Our partnership with ONSIGHT will enable us to achieve the highest of production standards given their state of the art equipment and post production services.”

Gareth continues “Since launching the event, we’ve begun to develop our message across a number of platforms and support for our six charity partners, “the Endure 6”. It’s a strong message and one that we want to share globally through film.

Commenting on the partnership Facility Manager (Post) Ben McGuire adds “The Endure 6 Challenge is a fantastic way to support six different causes with one donation. We are therefore excited to work with Endure on cameras as well as post and help deliver a visual message that is unique to the Endure 6”.

ONSIGHT join as a partner on the eve Catherine Spencer departs to take part in the Endure’s Alps Challenge which is to climb two 4,000 meter peaks in 48hrs. The expedition will be documented to raise awareness and funding for The Endure Foundation and its six charity partners.

The Endure Foundation is a grant-making charity registered with the UK Charities Commission (1149455). The foundation will award grants to charity projects, large and small in both the UK and in developing countries.