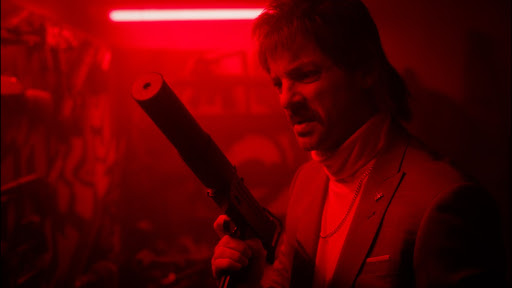 “It has been an absolute joy and pleasure to go into the post production battle with Onsight by my side. From the very beginning Tony Maher was so supportive and subsequently his entire team went above and beyond to make sure I had everything I needed and most importantly everything the film needed. Always kind, always courteous, always a smile on the faces of everyone I had the good opportunity to work with. No job too big, never a job too small. There is not a post skill that this team does not possess. What a total privilege it has been to finish Knuckledust off in style with the legends that are Onsight. I can’t wait for an audience to see our finished collaboration” James Kermack, Director

Samuel Goldwyn Films has announced that they will release James Kermack’s feature film KNUCKLEDUST in the UK on the 11th December.

This gritty action caper is written & directed by James Kermack with producers Julien Loeffler & ​Fabrice Smadja at Featuristic Films and is​ co-produced by Laurent Fumeron, Daniel Goroshko and Rodolphe Sanzé from The Project and Cinematography by Pat Aldinger.

The film is being made in association with OneWorld Entertainment, Trigger Films and Head Gear Films.

When a special police task force kicks open the doors of the elite underground fight den - Club Knuckledust, they are faced with seven levels of hell. Each floor filled with the dead bodies of fighters, assassins and goons from across the globe! Amidst the carnage they find just one beaten and bloodied man still breathing - Hard Eight. With a shady Government official en route to take him away, Chief Inspector Katherine Keaton and her team have ninety minutes to interrogate and find out if Hard Eight is the lone survivor or a multiple murderer. With lies flying from everyone's mouths and corruption becoming apparent, Keaton starts to wonder "Who is the real criminal?”.

Director James Kermack was adamant he wanted "a merging of the old and new, a visual that has the classic American 70’s/80’s cult film vibe, smashed up with a high end, bold and striking modern style. As soon as I saw Pats cinematography, I knew that together we could create the brutal beauty the world of Knuckledust needed" - James Kermack, Director

Cinematographer Pat Aldinger knew from his very first meeting with James that they had a very specific look in mind for Knuckledust.

“We wanted a world filled with lots of colours, not pretty, more rough and dark. We used a lot of greens in the film to make the underground world of Knuckledust feel edgy and gritty. We lit 80% with LEDs and always pushed a full green to the setting. We used two Alexa SXT Plus with Panavision Primo 70s. There was a lot of shoulder and Easy Rig in the film, so the Alexa SXT was a perfect choice in terms of balancing it on the shoulder for long takes." - Pat Aldinger, Cinematographer

Knuckledust has been a great project to be part of, OnSight have loved providing post production for such an incredible feature and can't wait to share more information for the release.