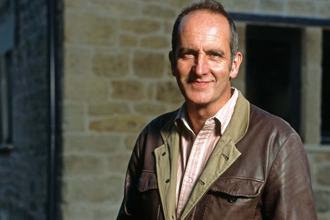 Channel 4's Grand Designs, the flagship series in which Kevin McCloud showcases the efforts of self builders pursuing their dream homes, has never been short of architectural innovation. But recently the show's production team from Talkback Thames has been undergoing a few innovations of its own.

Traditionally the show has been shot on HDCAM tape using Sony's HDW-750 cameras, but this year the decision was taken to start file-based acquisition using the Sony PDW-700 in combination with the PMW-EX3. Talkback Thames production executive Mark Bos explains: "Grand Designs is one of C4's flagship series so they didn't want to mess about. Initially the only camera they would countenance was the HDW-750. But when Sony's XDCAM system came along and was clearly capable of shooting at 35 and 50 Mb/s that all changed." Trialled at Talkback on domestic cleaning series How Clean Is Your House? the PDW-700 proved to be robust in dusty environments, capable of producing fantastic images and showing a strong performance in low light.

Bos points out another strong feature is the dual layer professional disc shooting format which has proved both handy and cost effective.

"In this instance we want to take the extra step to partly future-proof the production and take the next step of moving over to disc based production on a show which is so big. The shooting ratio is 80-90/1 on Grand Designs, so the convenient, cost-effective storage format of professional discs works so well."

Operating with PDW-700s and PMW-EX3s enables flexibility on a production where, on some days featuring Kevin McCloud, fully-trained camera operators are used, while on other days producer/directors and APs are required to shoot important on-site scenes.

"For our PDs and APs, using a high-end camera like the PDW-700 is quite a big ask. However, with detailed, tailored training, coupled with the fact that they are already used to Sony cameras such as the PMW-EX1 and PMW-EX3 (the layouts and design of the cameras are fundamentally the same across the range), we have found their rushes are extremely encouraging."

Rented from hire company ONSIGHT, Bos underlines the importance of a hire company capable of providing reliable back up. "ONSIGHT not only provide great kit, it's well supported, which is just as important. Anybody can pick up the phone and get a good deal on a camera - for us it's all about support."

Ultimately the plan is to phase out tape altogether, reveals Bos. "There will always be newer cameras on the market but we will stick with the PDW-700 for the foreseeable future on Grand Designs. it's fast becoming the DigiBeta of its generation."