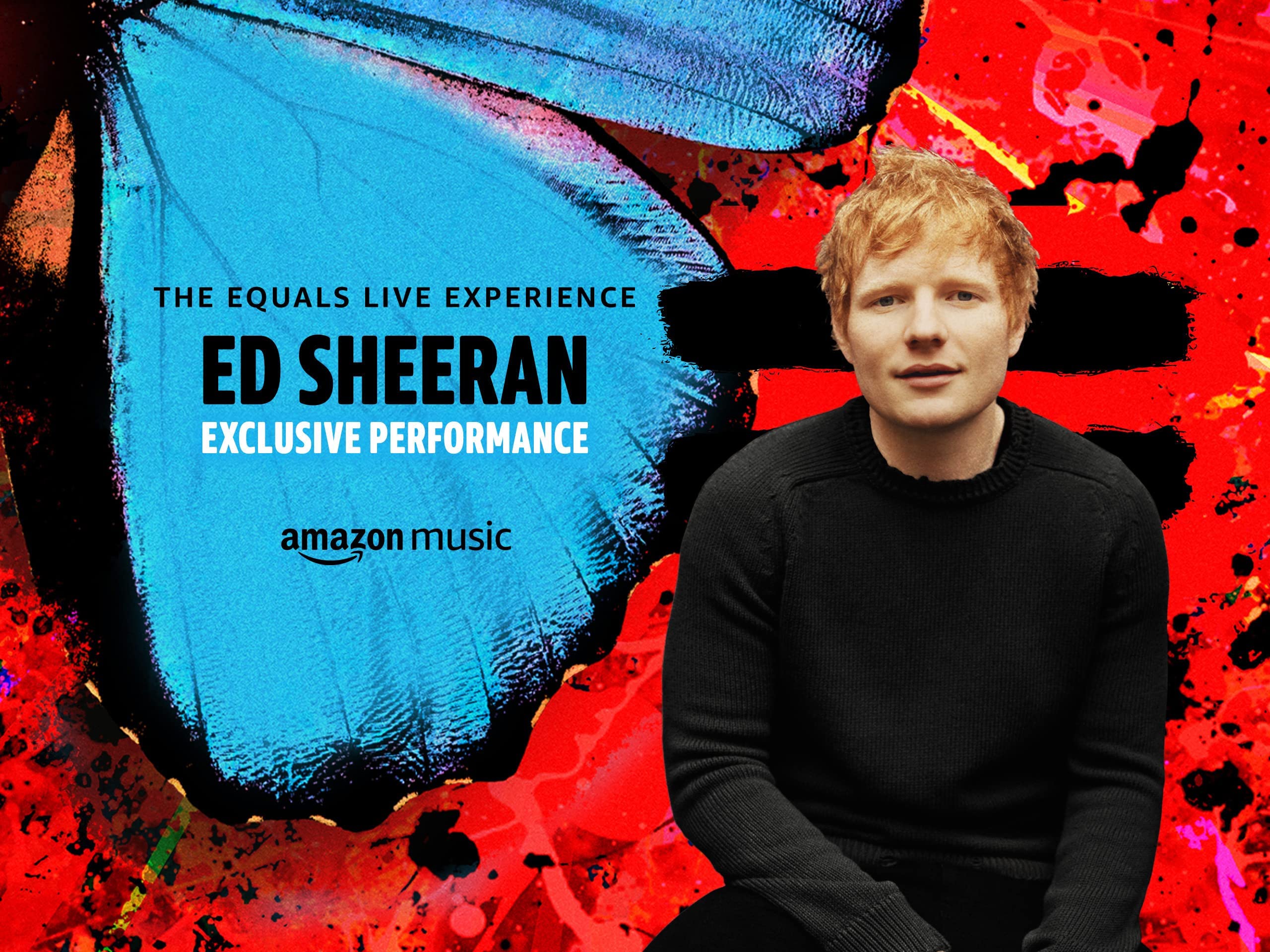 “This was a technically demanding job with an incredibly tight turnaround. The entire team at Onsight were brilliantly accommodating and notably amenable, thus aiding the smooth delivery of the project: we look forward to the next project together." - Simon Fisher, Sifi Productions

Ed Sheeran’s global live-streamed show, The Equals Live Experience,  will take you on a transfigurative audio-visual journey with the singer-songwriter, exploring the themes of metamorphosis and renewal that define his fifth studio album. OnSight safely cocooned the Post Production of the show before it fluttered elegantly on to Amazon Prime. It was produced by SiFi Productions with Paul Dugdale directing, Simon Fisher as Producer and Millie Wrench as Production Manager.

The singer-songwriter showcased his new album ‘=’ during a special gig at Alexandra Palace in London, which was broadcast worldwide via Amazon Music. Amongst the small audience were five fans who won the chance to attend the 90-minute “stunning visual performance” in person via a competition promoted on social media. The concert is available to watch now with Amazon Prime.

OnSight hosted the Production team in our offline and online edit suites, with Colour by Steve Atkins and OnSight's Ellie Clissett and Andrew Fisun as Online Editor and Assistant Editor, respectively. Four editors worked simultaneously in our facilities, and OnSight provided technical support as needed throughout both processes. We also supplied the transcodes from the 4K Multicam shoot for the offline edit, prepared the conform ready for the grade and online, added audio to the graded picture, and finally created a UHD Prores master and HD Master that was sent to Amazon Prime.

The timeframe for this project was our biggest challenge. We had less than a week turnaround from shoot to delivery, with less than a day to successfully complete the online edit, conform, grade, add audio and deliver the assets.

Aware of the pressures possessed by such a timeframe, we were as prepared as possible to ensure the entire process went smoothly. We performed extensive tests on our upload speeds, and were meticulous with our 4K workflow planning to guarantee our team worked like clockwork. Strong communication was key, and so we were in constant dialogue with the client and each other whilst completing the required post work. This resulted in a wholly efficient and successful completion of this project; we worked throughout the night to prepare the rushes for the offline editors as well as during the final online stages and were able to deliver the final assets to Amazon Prime with two hours to spare before the deadline.