Filmmakers Ian McAllister and Jeff Turner and Executive Producers Kyle Washington and Byron Horner of Spirit Bear Entertainment are partnering with MacGillivray Freeman Films to distribute a beautiful giant screen film about one of the rarest animals on Earth—the fabled all-white Spirit Bear.

With the Giant screen film about to go into Post Production OnSight’s team expertly provided supervision and 3D conversion for this visually stunning feature.

The white bears have a genetic variation that gives them their polar bear looks, these remarkable creatures live in the lush temperate rainforests of British Columbia on Canada's West Coast, where they hold almost mythic status among the region's indigenous people.

Shot exclusively for the giant screen, from the air with drones and helicopters and on land using traditional natural history techniques, from boats and underwater. Great Bear Rainforest will offer a remarkable journey into one of the planet's most spectacular wildernesses, a land of wolves, grizzly bears, humpback whales, sea lions, sea otters, and others, as it explores the secret world of the Spirit Bear.

“Every time you see them it’s a magical thing,” said Producer Jeff Turner. “They almost glow. It's really a unique and sort of rare thing to see a sort of white bear in this ancient dark green temperate rainforest.

The film also hopes to educate people both old and young. The producers told CTV that many people around the world don’t know that Canada has a rainforest, let alone one of the largest left intact on the planet.

“There’s a lot of rare and unique attributes to this film that will amaze people around the world,” said McAllister. 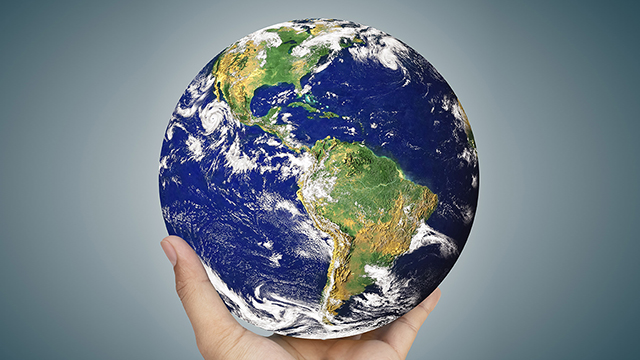 A Day in the Life of Earth

Every day we wake up on a different planet — with each new dawn the Earth is not the place it was the night before.

This film tells the story of our planet’s geology on a human time scale. A new era of science allows us to watch as the Earth moves, breathes, shrinks and grows, and all within just 24 hours.

Exec Produced by Screen Glue’s CEO and Founder Jasper James, Directed by Matt Dyas, and Edited by Lee Sutton, Screen Glue/Yap Films and ZDF Enterprises’ all new documentary will take audiences through the various extraordinary changes that our planet, Earth, goes through on a daily basis, revealing many secrets that we have only recently been able to discover through use of modern day technology.

The story is driven by scientists, explorers and everyday people whose experiences link up with cutting edge data, newly launched satellites and blue chip CGI to show us the true personality of the Earth … more dynamic than it’s ever been seen. Every minute new land is born, every hour tons of rock arrive from space, before you go to sleep a cloud of dust from the Sahara will have fertilized the Amazon, and while all that was happening the North Pole moved nearly 200 meters … Planet Earth is alive in ways we can hardly imagine.

OnSight provided full 4K Post Production for Screen Glue’s documentary, ‘A Day In The Life Of Earth’, a fascinating documentary that our team are proud to have been involved in. 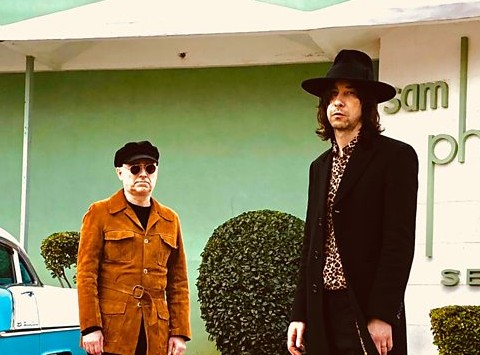 Follow Bobby and Andrew as they go back to Memphis 25 years later to Ardent Studios and Sam Phillips Recording Studio where they first recorded the original album. The rare opportunity for Bobby to remaster the music he first envisioned, with original session tapes rediscovered the band are finally able to release the music they always wanted the public to hear.

OnSight were thrilled to work alongside the Director of the film Clare Lewins, Editor Reg Wrench and the DOP Stuart Luck who each provided their creative expertise on this wonderful picture with Madeleine Molinier as the Production manager and Steve Lappin as Exec Producer.

OnSight’s Senior post producer Jeff Halsey managed the picture post process and Senior colourist Andy Lee performed the colour grade, we have been delighted to be a part of this film.

With exclusive, previously unreleased footage of behind the scenes studio sessions, this is the story of how the original mixtapes of the album were rediscovered in a basement by Andrew Innes, Primal Screams rhythm guitarist. The sessions recorded by the band in memphis with the legendary record producer Tom Dowd, along with the muscle shoals rhythm section musicians Roger Hawkins, drums and David Hood bass, did not make the light of day because some of the the mixes were not suitable in the musical climate at the time. 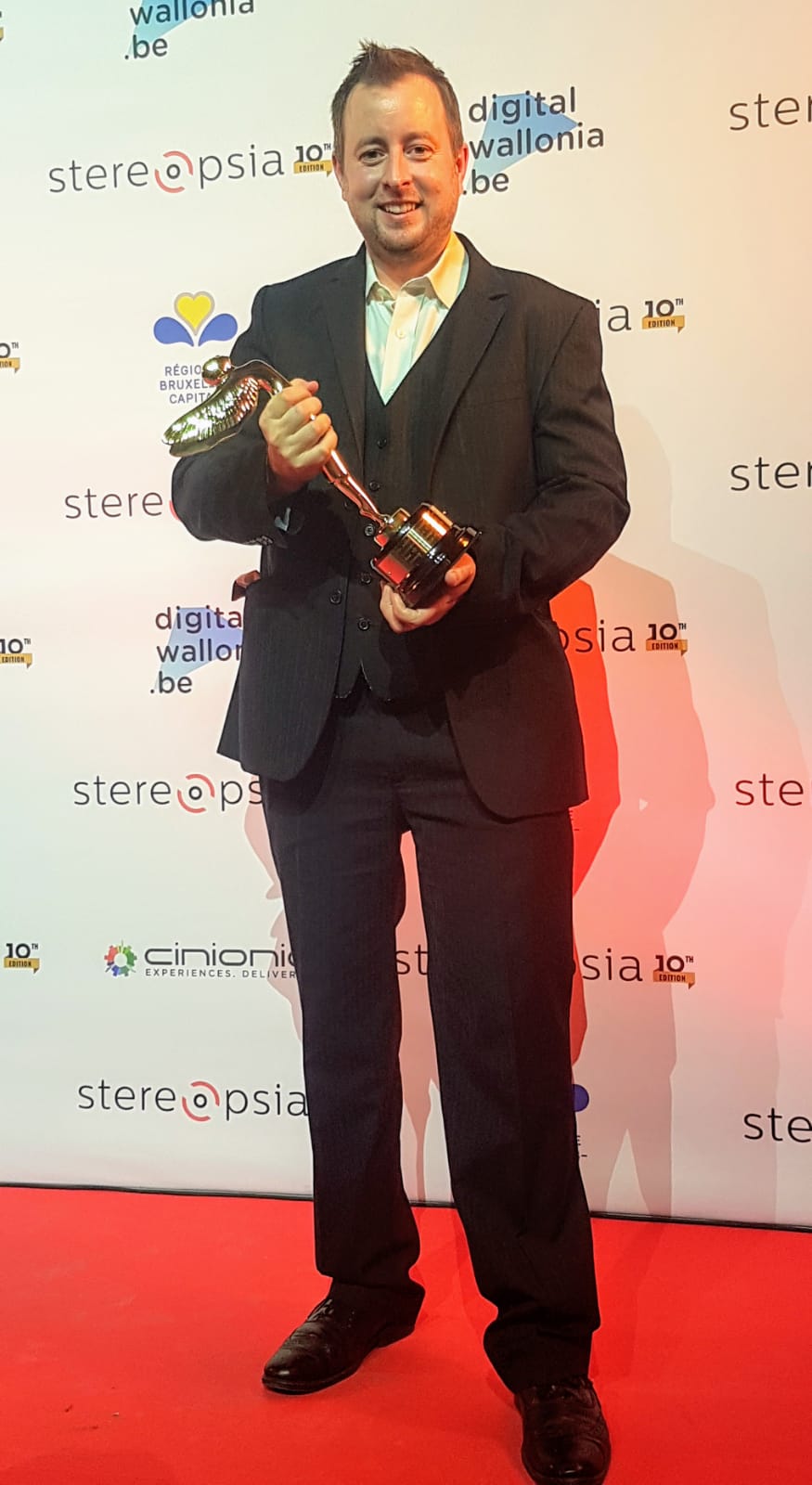 Late 2018 OnSight humbly accepted a 3D Lumiere award on behalf of the BBC Earth, BBC Studios LTD, Ocean X and OnSight teams that made OCEANS: OUR BLUE PLANET in 6K 3D for the Imax , Giant Screen and Dome formats. Special gratitude and mentions were made to: Producers, Myles Connolly, Johnathan Williams and Neil Nightingale, Directors Mark, Brownlow and Rachel Butler, all the Cinematographers, Distributer Giant Screen Films LLC, Co-Producers Ocean X and of course our very own Joana Coelho and Rik Tester and the OnSight team.

By the creators of the groundbreaking Planet Earth II and Blue Planet II series, Oceans: Our Blue Planet takes audiences of all ages on a global odyssey, from coastal shallows to the freezing shores of Antarctica, revealing the untold stories of the ocean’s most astonishing creatures.

The film is a visual spectacle that features cutting-edge science and fascinating new discoveries, the educational content and activities will be tailored around the messages and themes portrayed in Oceans: Our Blue Planet bringing marine science to life for classroom and family audiences.

The story is narrated by Kate Winslet, directed by Mark Brownlow and Rachel Butler, produced by Neil Nightingale and James Honeyborne, with Executive Producers Ray Dalio and Jonathan Williams and Supervising Producer Myles Connolly. By using breakthroughs in science and cutting-edge technology, the film reveals the astonishing characters, otherworldly places, and extraordinary new animal behaviors. Warm and compelling stories about marine habitats and their characterful inhabitants will leave you emotionally invested in our oceans and the creatures who dwell there and bring a whole new perspective to understanding OUR blue planet. Oceans: The Blue Planet will be available in all formats: 2D & 3D, 15/70 Dome, DCI compliant Digital, IMAX Digital, IMAX Laser, Dome-customized 15/70, Fulldome Digital.

Thanks so much for all the hard work, skill and flexibility that has delivered us such a great result. I appreciate just how hard your whole team have had to work to achieve such a high standard in such a short timeframe. 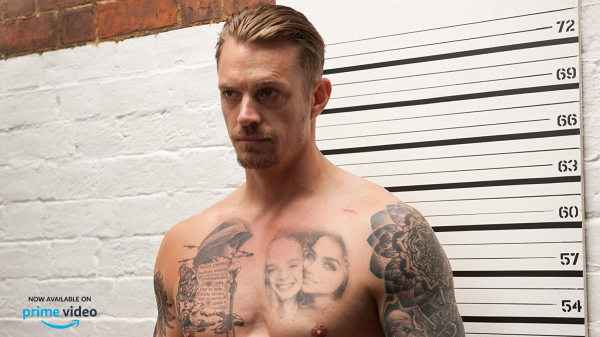 The Informer is a feature film, starring ​​Joel Kinnaman, Rosamund Pike, Clive Owen, Common and Ana de Armas, it will have a Warner Bros UK release in March 2019.

Directed by Andrea di Stefano alongside Dan Katz as Director of Photography, the film was written by ​Matt Cook, Rowan Joffe and Andrea di Stefano and is a thriller based on the Swedish crime novel “Three Seconds”.  This team was able to brilliantly translate this novel to the big screen.

Produced by Thunder Road Pictures and The Fyzz, including Fyzz Producers Mark Lane, Robert Jones, Wayne godfrey and James Harris. "The Informer" follows an ex-convict working undercover who intentionally gets himself incarcerated again in order to infiltrate the mob at a maximum security prison.

Andrea and Dan wished to create a gritty real life feel for New York City which suited the film perfectly, Aviron Pictures’ David Dinerstein, said The Informer is a “gritty, white knuckle ride that showcases the talents of some heavy-hitting actors." Having just worked with Wayne and The Fyzz on the successful release of 47 Meters Down, Dinerstein is “grateful to have another project on which to partner with them and are looking forward to working with Basil and Thunder Road on this intense, action-packed thriller."

OnSight ​provided full Picture Post on the thriller, senior post producer Jeff Halsey managed the process and senior colourist Andy Lee, provided his creative expertise, OnSight have been proud to be a part of this film.