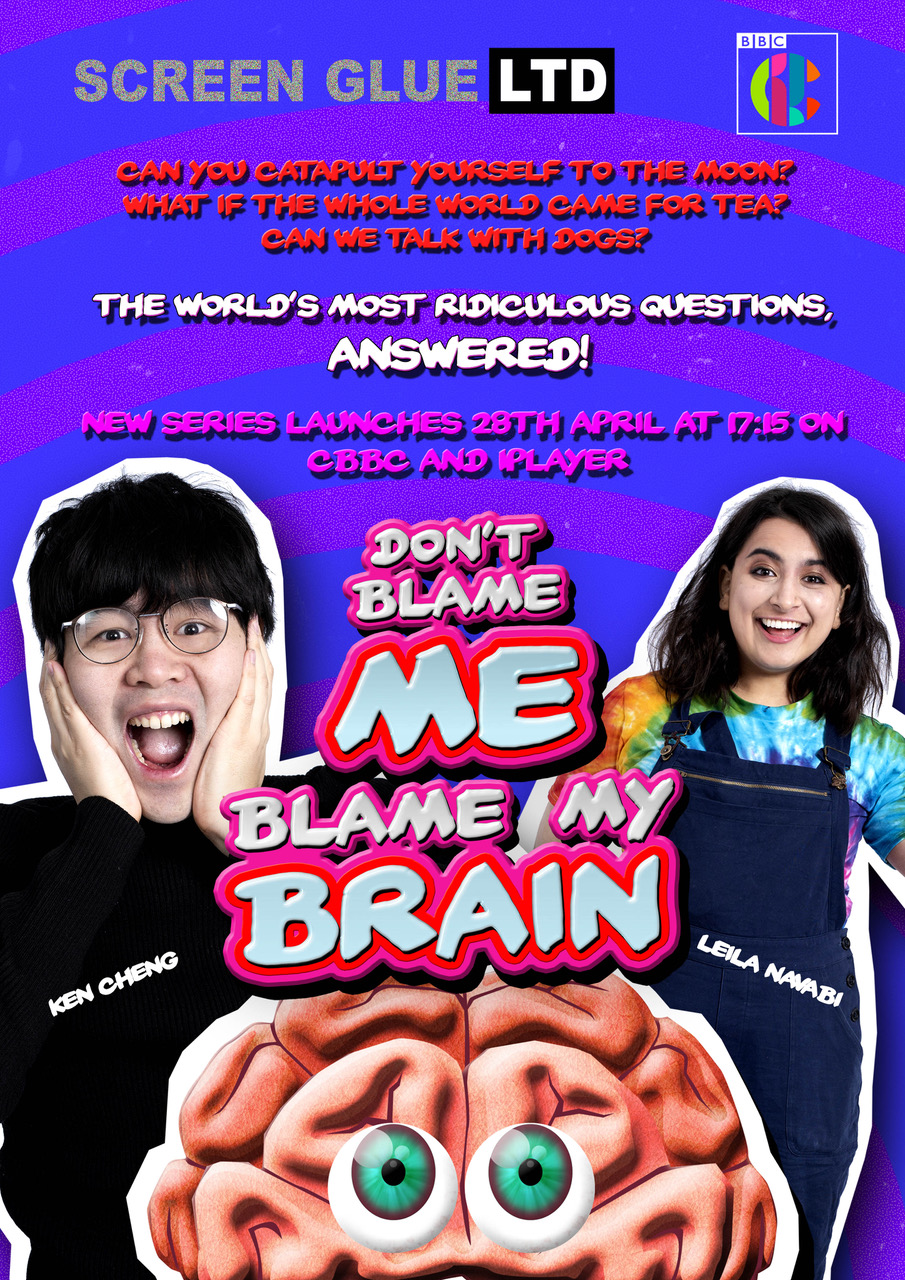 Don't Blame Me, Blame My Brian

Screen Glue, the independent producer of high-end factual and kids’ content, founded by the multi-award-winning Jasper James, has announced its latest commission for CBBC, Don’t Blame Me, Blame My Brain.

Children’s channel CBBC has commissioned factual series, Don’t Blame Me, Blame My Brain from Jasper James’ UK indie Screen Glue, which previously made Hey You, What If…? for the network.

Don’t Blame Me, Blame My Brain is a science-meets-comedy hybrid for CBBC - in each episode, comedians Leila Navabi and Ken Cheng wrestle with another ridiculous science question that comes out of Ken’s brain. Ken’s brain won’t give up until it gets an answer and so while Ken tries to get help from some famous friends and experts, Leila undertakes her own very individual experiments - but they never quite go to plan.

The 10×11’ series for children aged 7-11 sets out to answer burning and ridiculous questions such as, can we talk with dogs?, what would happen if we never went to sleep? and could we catapult ourselves to the moon?

Jasper James, Screen Glue founder and the series’ executive producer comments: “Don’t Blame Me, Blame My Brain shows just what can happen when you don’t actually overthink things! Our brains quickly came up with the series concept when CBBC was looking for new ideas, and it was commissioned equally quickly. The result is a pacey, funny and alternative edutainment show, presented by exciting new talent. We are thrilled the BBC has once again supported our unique approach to delivering rigorous science in surprising packages.’’

Don’t Blame Me, Blame My Brain is due to premiere on CBBC and BBC iPlayer on 28th April at 5.15pm and will be scheduled weekly thereafter.

Don’t Blame Me, Blame My Brain is due to premiere on CBBC and BBC iPlayer on 28th April at 5.15pm and will be scheduled weekly thereafter. Screen Glue’s Matt White was the series producer, with Hugh Lawton executive producer for the BBC.