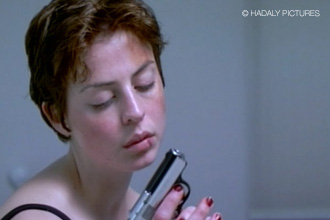 Andrea Vecchiato is one of a pioneering new breed of film directors making the most of the creative potential of HD production.

Filmmakers have often been sniffy abouot the use of new formats such as HD over 35mm film, but for director Andrea Vecchiato has a message for them. "They should not be so lazy," he declares. "In fact, it upsets me when I talk to DoPs who think that 35mm film will always be better."

And Vecchiato knows what he is talking about. He shot Hadaly Pictures' Luminal, an adaptation of Italian writer Isabella Santacroce's shockingly futuristic thriller about teenagers caught up in drugs and prostitution on HD - the first feature to be shot on the Panasonic Varicam camcorder.

Vecchiato, who hired the Varicam from On Sight, recalls: "Initially we tested it to see how it performed in low light, because the film was shot mostly at night with artificial lighting. When we saw the results of filming neon and laser lighting we fell in love with the Varicam on the first day."

"It also worked well on skin tones. It was such a joy to use because we could experiment with different levels of light. The quality of the images was perfect, giving us in effect a whole new palette."

Working with HD for the first time, Vecciato admits that there were new things to grapple with. "There were new technicalities," he recalls. "We quickly noticed how HD can pick up tiny details. We had to learn how to shoot faces in close up. Sometimes that meant re-doing it the make-up or changing the lighting so it wouldn't pick up so much detail."

Vecchiat adds that, using a proper 35mm HD lens, the camera also provided a large depth of field. the format was particularly appropriate, given the large amount of coloured lighting effects the film used. "It responded to colour fantastically and the quality of the blacks - it almost gave us an extra f-stop."

When it comes to post-production there are a few issues to consider, he says of Luminal, which was shot and posted on HD before final conversion to 35mm print. "You have to think about things like compression, but with On Sight providing back up and giving advice, nothing was a huge problem. i was really proud of our work."

"it was pioneering," concluded Vecchiato, who pays the Varicam perhaps the biggest compliment. He's determined to use it again on his next feature.